“Ye youth that oft may view this spot,
Whose health and prospects promise fair;
Reflect–Soon Death may be your lot;
O then to meet your God prepare.”

Found on a headstone in Pentucket Burial Ground, Haverhill, MA*

Whose bounty promised life so fair;

Reflect – It will be earned for naught

For damn’ed audit, now must prepare.”

The most famous quote on taxes is not the one above I just made up for this blog, but rather one attributed to Benjamin Franklin:  “Our new Constitution is now established, and has an appearance that promises permanency; but in this world nothing can be said to be certain, except death and taxes.”  Most people only remember that last part. 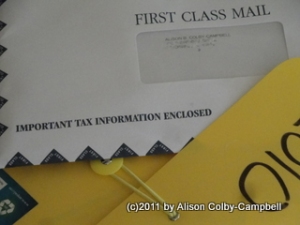 But I am here to admit, I’m more afraid of taxes than death.  My own I mean. (other people’s (and pets’) disturb me quite a bit.)  Taxes torment me for months every year, and, death, well, that will come only once. The irony of this situation is that I almost always get a refund and yet I procrastinate and let myself get worked up until the last minute, often missing the April 15 deadline because I am never quite sure it’s all right.  See, I’ve never done my own taxes.  My father did them when I was a kid and then he shifted me to his friend and CPA, Wayne Snow, who has tried for several decades to get me to understand what he’s doing and how it isn’t that ominous. (Sorry but they’re getting more so!)  Plus I really like my tax guy and his wife; I think they should hang out with Jon and me.   My husband likes Wayne, but doesn’t understand the need to even have a tax guy.  I, on the other hand, need to see that line that says if there is a problem or an audit, my tax preparer will support me in its resolution.  That in a nutshell (or “nutcase” as my case may be) is why I keep going back.

Another thing my husband and I disagree on is the amount of space I let my tax files take over in the attic.  I am convinced if I throw something out, it will be akin to tearing those labels off pillows. It seems so against the rules, and I only want good behavior marks on my permanent record.  (I need to decide whether “She was well-behaved” is a worthwhile epitaph. Seeing it here makes it seem kind of lame.)  I am driven by fear of my taxes because I don’t fully understand them.  For example, I googled “IRS 2010 Individual Tax Brackets” for this blog, and I got this:  http://www.irs.gov/pub/irs-pdf/i1040tt.pdf  which immediately made me decide not to try to explain any tax-related thing that goes beyond my personal feelings for taxes, which sad to say, I don’t understand either, but at least I can articulate them.

Facing this year’s fears, I harassed poor Cheryle last Thursday for any free spot with Wayne, she said they could slide me in at 7pm on April 11, (geesh they are obliging).  When I go, I basically shove a stack of papers at the poor guy, explaining that I don’t know if it’s all necessary but I brought it to be “safe”, and then I ask repeatedly if he thinks I forgot anything.  This time he said it looked like it was all there, but since I’ve established a home office now,  I will need to be more diligent in keeping track of things like receipts and travel, and that I must start filing quarterly…argh!!!!!  Am I even up for the task?  Wayne has me sign the returns and put them in addressed envelopes before I leave.  Not fully trusting online filing yet.  And that’s all he can do beside drop me off at the post office, which even I know isn’t part of his service.

I dutifully mailed my tax return on April 12, still “angst-ing” about whether I forgot anything.  And so after dropping Leisa off for All City Band practice, I toured a nearby cemetery that I had never visited to clear my head and calm myself down. The birds, the sculpture, the fading words of wisdom and loss. This time I watched as  a hawk built its nest reminding me of the circle of life.  There is a calmness found when walking through old cemeteries. Then  I was drawn to a part of the cemetery that was almost cordoned off and got zapped by a jolt of recognition when the very first tombstone I saw, seemed to call me to it because it was standing off by itself. I walked around it to the face and read the eroded name.   Asa COLBY.  That “A”, that “S”, followed by my last name, and my birth month…arghh!!!!  Maybe death is pretty scary, too.

4 thoughts on “On Death and Taxes”