Ice fishing is something you hear a lot about if you live in northern New England, but it isn’t necessarily something everyone experiences first-hand. So on the way back from the best pumpkin pancakes ever, (Parker’s Maple Barn, Mason, NH) when we passed an easily accessible lake with several huts and a few visible residents, I grabbed my trusty camera and took advantage of the opportunity with the hope that the nearest populated hut would welcome an unsteady traveler slowly closing in on their homestead by carefully picking her way across the lake, searching out the rough patches of snow-covered ice to steady her sliding fashion boots. I had a few questions and about 15 minutes to spare until my ears became frost bitten (I’m not really a hat person). These bobhouse residents were kind, and taught me the basics, with no fear at all that I would compete for their spot this year or next. 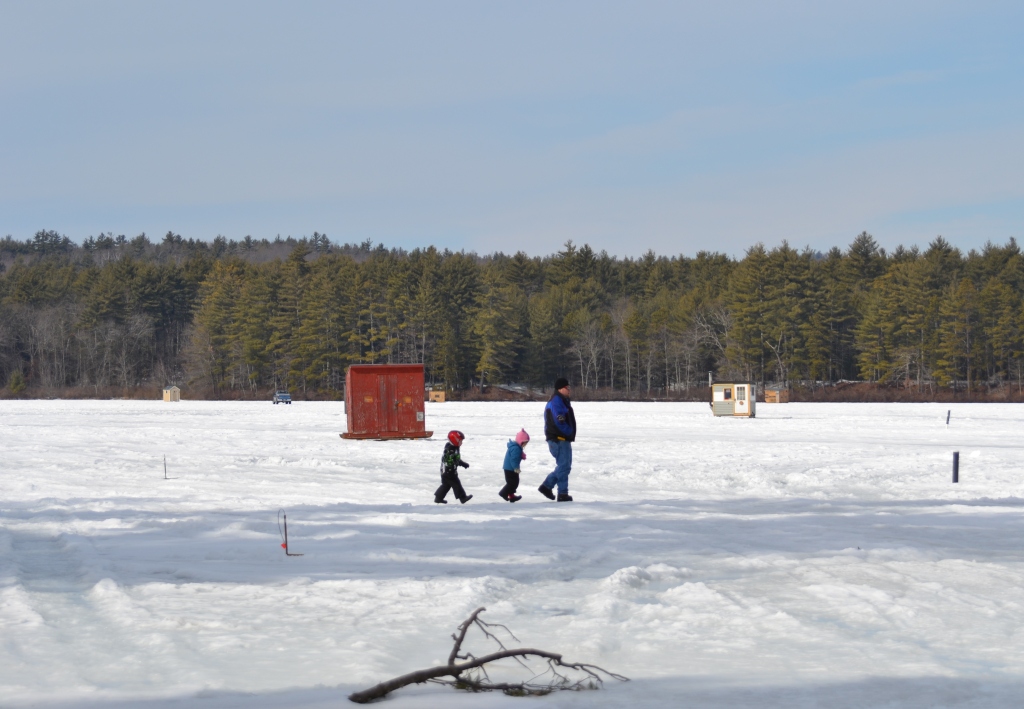 All in all, it seems to me that ice fishing is as good an excuse as any to get outside and enjoy winter, with fewer life threatening hazards than downhill skiing and the potential to catch your own healthy dinner after a day of chips and beer. 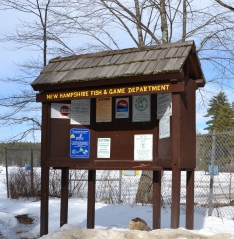