I love Christmas decorations. I drive around looking for them, especially the clever displays. The jumble of multicolored lights chasing each other up and down the tree, the shrubs and the roof line is just one person’s way of calling out to Santa from the immensely crowded earth to say “Hey, look at me, I believe, and you can tell because I use way more electricity than anyone else in the neighborhood.” It reminds me of that irrational Star Trek episode (Galileo 7) where Spock burned up the fuel in the shuttle as a last ditch effort to get the mother ship to see where they were. “See me” they scream and that’s fine as most of us understand the desire to stand out and be recognized.

At the risk of sounding, Grinchy, even I concede that there are some Christmas  trends promoted on the internet that brashly holler “Jumped the shark!” The decor that’s gone beyond “earnestly seeking attention” to “desperately demanding attention” without even understanding why. These ugly Christmas trends go way beyond believing every single thing should be in alternating colors of red and green. They are much more offensive. And naturally, those Ugly Christmas trends are the ones I want to showcase here. (Exception: If any of the following are created for the purposes of helping others, then it is automatically upgraded to gorgeous.)

The human size inflatable snow globe is just about the cutest thing, but a giant moving purple dragon with a Santa hat that I witnessed earlier this season triggered this blog. I saw it and wondered, ‘what on earth are you trying to say here?”

Listen, just because you shoved a red hat on a thing, that doesn’t make it Christmas. And I am pretty sure the dinosaurs I saw elsewhere had gone bye bye and didn’t tag along with the wise men at the manger scene, but maybe I have my time lines confused. This wacky unrelated to Christmas catalog of hot air bags is a  stretch…a long and unattractive stretch to make money off compulsive shoppers with extremely loose ties to pop culture of the day.

Take a step back and ask yourself  if your intent is to promote the holiday or are you just obsessed with inflating your ego as the person with the most, biggest, and least comprehensible inflatable collection. The Home Depot was the source for all of the pictured inflatables with the exception of the shark. After Christmas there may be some good deals to increase your collection if you are of the mind to do so.

Speaking of jumping the shark, you can get that inflatable at Ace Hardware Shark Inflatable. Check out the photo; who’s the guy in the green pants. Is that Santa on an off day? Is this some statement that Christmas decor shouldn’t infringe on the Halloween season? Because that’s a good message. It’s deep. But I still don’t want it on my lawn.

Just “NO!” Some pub in the UK called Hungry Horse. put edible glitter in its gravy. Does this lead to sparkle poop? Nope, don’t want to follow that food trail

Basically they look like sparkly tornadoes. And I am unclear as to how one waters them.  Check out this Refinery 29 post on the upside down tree trend  that features some fabulous examples in what look like professionally decorated spaces. I’ve yet to see one in real life homes that comes close to making some sort of sense. The big question here is “Why put a hole in your ceiling for something that stands easily and beautiful on the ground.?” It’s the tree equivalent of a fashion week design where someone didn’t understand that the instruction to “turn the design world upside down” was meant to be a figure of speech.

Should be ‘ToFUNKY’ and not in the good way, but let’s start with the Turducken. I’m calling ‘FOUL”. The point of multiple entrees should be to offer options to your guests, not force them to eat some hybrid mash o’ fowl.  For example, not everyone likes the stronger flavor of duck, so just because you can jam it into the cavity of a turkey doesn’t mean you should. It flavors everything around it. Turducken is like singing in the choir, no single bird stands out.  But if you must, here’s a link to Paula Deen’s Turducken recipe from Food Network.

Tofurky is just stupid. Just eat soy if you want. Why does it have to be manipulated and highly processed into trying to pass as something you don’t want to eat.  Does this set your mouth watering?  Didn’t think so.  Image source: Amazon,com 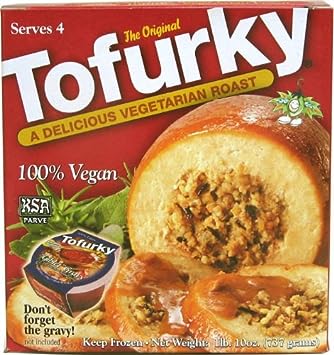 Grace Campbell told me that the mistletoe custom had an ending and did not in fact intend to lead to perpetual smooching. She said that for every stolen kiss, a Mistletoe berry was removed from the cluster. No more kissing when the berries ran out. Grace is wicked smart so I believe this is probably true and won’t investigate further. But as we are currently informing the rest of the nation that unwanted kissing needs to be wiped off the earth, let’s dispense with this parasitic plant and the ancient excuse to be creepy.

This choice pains me because I had the best time a couple years ago at a party where teams were given unadorned sweaters/blank canvases and a whole bunch of ‘stuff’ in a timed contest to make the best ugly sweater. That was so fun, and not just because my team won with a design I was instrumental in creating. But when you get to the point where the local bank has an ugly sweater weekend, and stores deliberately make and sell sweaters that are meant to be ugly, and not worn more than once a year, the imagination and novelty are waning in favor of commercialism and commonness.

BUNNIES and GUINEA PIGS IN STOCKINGS & WREATHS – an idea whose time has come but only if, the animals are okay with it, and only for a short time. Consider a new year’s resolution to adopt from an animal shelter, after reading up on life with these awesome animals.

The B and Babalu Feeling Festive in a Wreath

Merry Christmas to all, and may your days be merry and bright, but not as bright as a toilet bowl after a meal of glitter gravy.