One morning years ago, I got lost in my mind while commuting on Interstate 93 because I was watching a hawk fly overhead and felt that it was me up there, making those lazy circles of song. Time and place went missing and I experienced what I think others are describing when they have an out of body experience. I had to tell myself quite sternly to leave the sky, get back into my own body in the car and get to work. Now that sounds super weird but when I mentioned it to a Native American colleague at work (I did make it to my destination) she told me that a hawk was most likely my spirit animal.
I always see hawks, and I assume others do as well. (But then again I always see groundhogs too, though not as often lately). But I’d never flown like a hawk before, except in my dreams.
I was having a day of anxiety recently and asked my husband to drive me around to settle myself when almost immediately I spied this hawk on the roof of a beautifully rustic barn. I asked him to turn the car around so I could go back and see it. I stared at him/her and ultimately he stared back.Then a little preening in between being dive bombed by other birds. Hawks are always the targets, like the super buff guy at the bar that a certain group of drunks always want to take on.
My latest hawk friend from the North Andover MA barn is in the collage below. It was a misty dusk when I found him which did not result in exceptional photos. The experience seemed more about me seeing him than taking his picture. Though I tried. 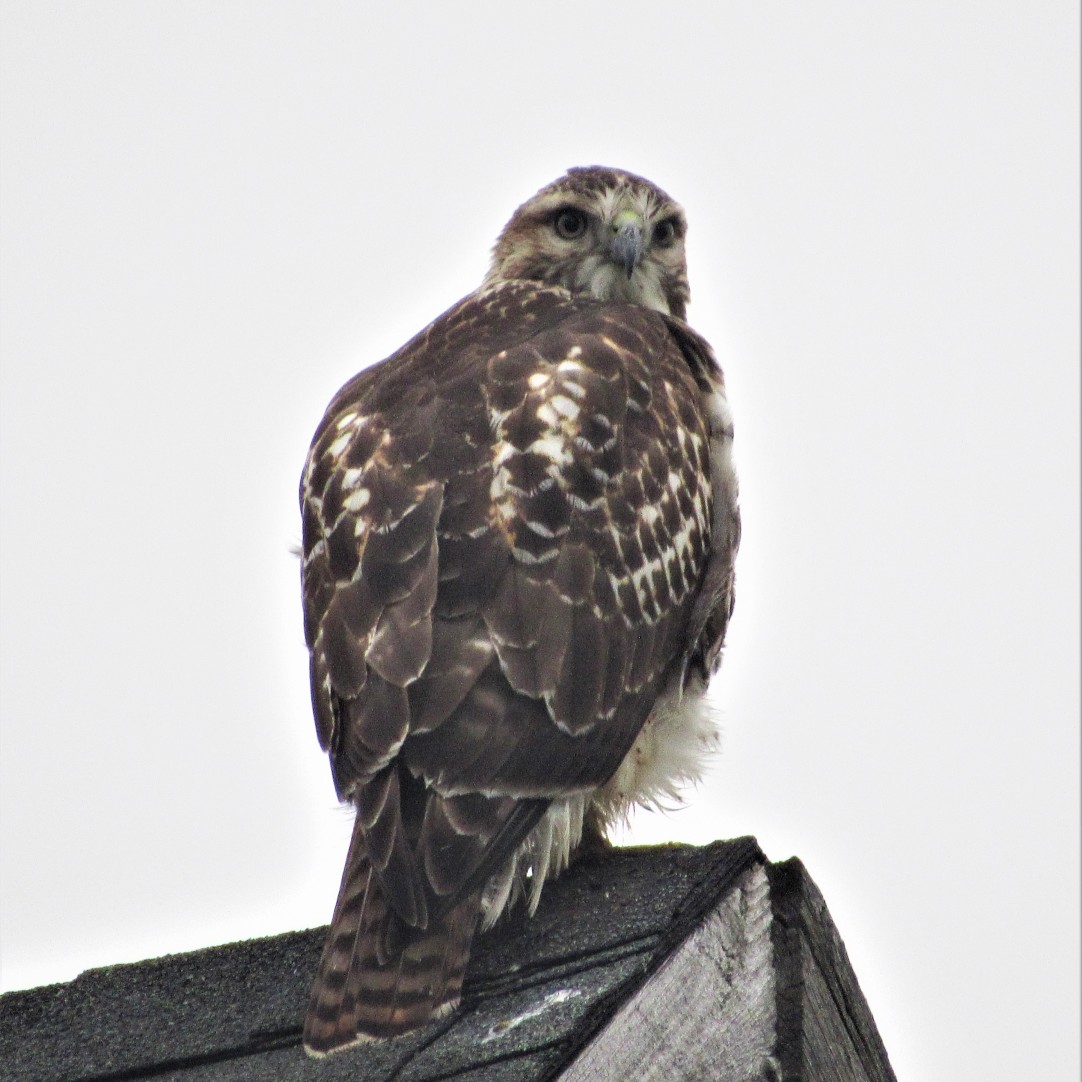 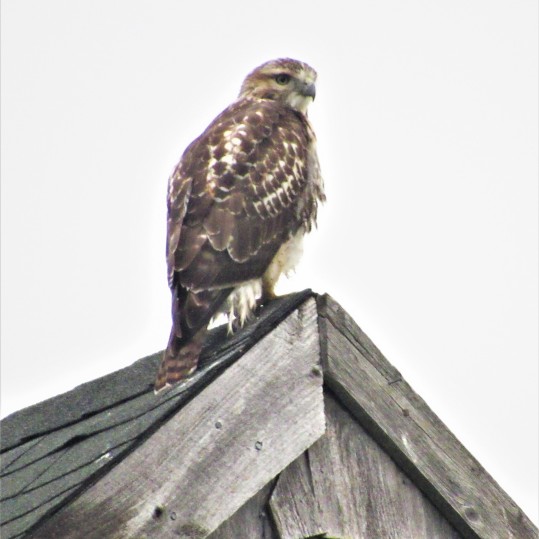 It didn’t make sense to stay too much longer. And when we left the bird did, too.
I realize that according to folklore I was being given a message that I am simply not astute enough to understand. But I do understand this, that one act of not knowing could be hindering me from completing my hawk destiny. Fortunately hawks patiently seek me out over and over again to try to convey their message. Is it one message? Is it several? I just don’t know. The birds have appeared any number of strange places wherever I am – from a Coopers hawk in the cove in Maine, to the roof of Beth Israel Hospital in urban Boston as my husband had a quadruple bypass, to the coincidental meeting I had with a stranger who lived along a river and had hawks in his yard. I really don’t know much about hawks, but as a kid, I became fascinated with the way their wing tips curl up as they fly.

I looked up Hawk Spirit Animals to see what attributes were projected on me. Here’s what http://www.spiritanimal.info/ had to say:
Hawk Totem Meaning
The hawk spirit animal or totem has several attributes and meanings and my reactions to them:
Hawk is the messenger of the spirit world (Dad?)
Use the power of focus (I can focus intently whenever I’m not hopelessly distracted by everything around me.)
Take the lead when the time is right (But I don’t want to be POTUS.)
Power to see, clear vision (though I haven’t gotten around to upgrading my glasses in years though my prescription has changed.)
Strong connection with spirit, increased spiritual awareness (No joke this is true.)
Hawk spirit animals belong to the realm of bird medicine. It carries the symbolism that comes with the ability to fly and reach the skies. ( I like that)

Please hawk don’t give up on me. I’ll figure it out sometime. Til then fly high as I stumble around the ground. Hmmm he appears to have a white Snidely Whiplash mustache, or maybe he’s “Got Milk”
Full Disclosure: Here is what my Groundhog Spirit animal says about me from the same source.

You are being asked to explore altered states of consciousness deeper. The answers are within you – however you just have not dug deep enough to find the root of it. Groundhog can also be letting you know that you need to pay attention to your metabolism. Be aware of how your diet influences your natural bodies cycles and to make dietary adjustments to balance the workings of your body.Alternatively Groundhog can be giving you fair warning that you have overstepped someone boundaries or someone is overstepping yours. Best is to resolve the situation with respect and from the heart.